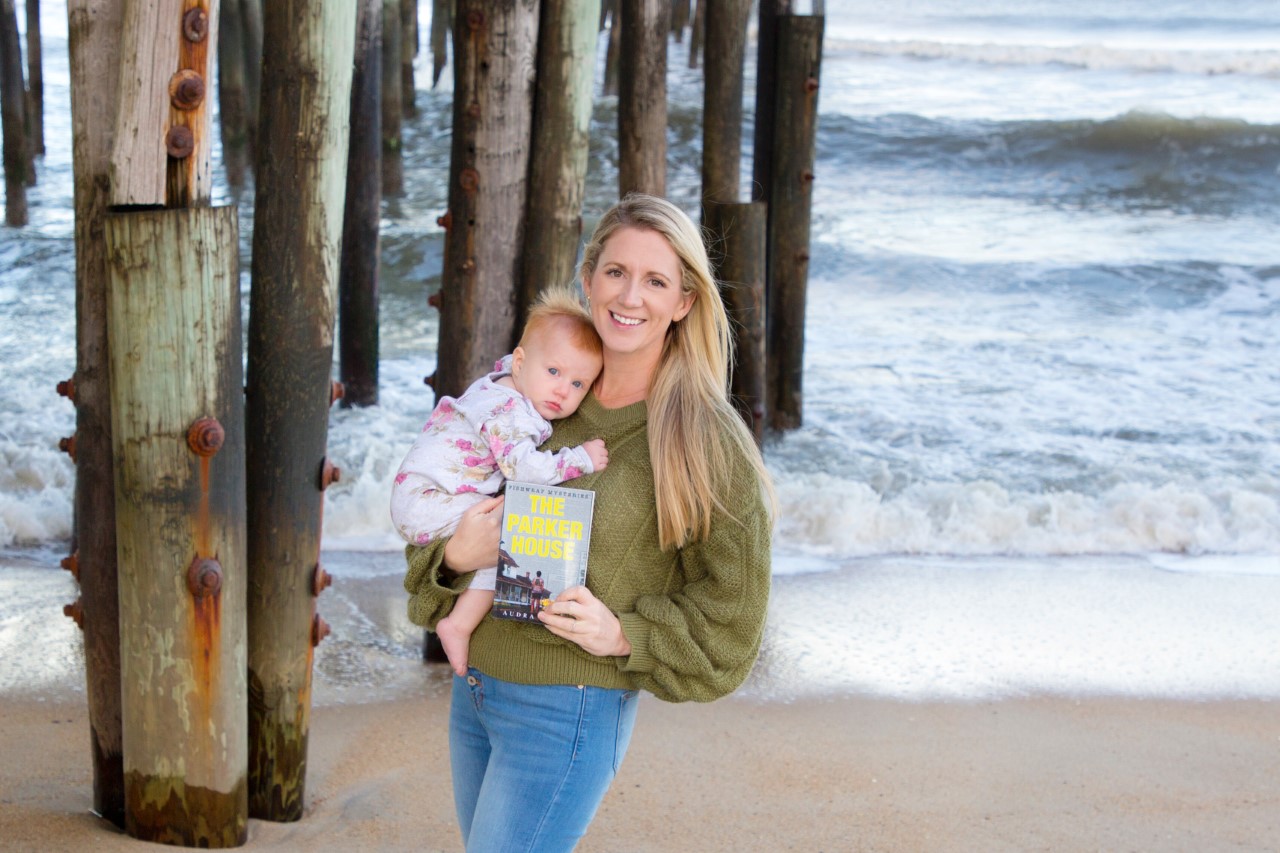 One of our dearest clients and friends, Audra Krieg, has just launched her first self-published book! The Parker House is a middle grade book filled with adventure and mystery. Also known as 'The Outer Banks Mom', Krieg has a combined social following of more than 25k! You can find everything from recommendations on best places to dine with kids on the OBX to her holiday shopping guides, recipes and more!

Read the full release on The Parker House:

Kitty Hawk, NC- On November 30th, 2020, Audra Krieg released “The Parker House”-a middle grade book for ages 8-12, filled with adventure and mystery. The book is the first in a series of three titled ‘The Fishwrap Series’.

The tale follows Joey and Finn, two friends who seem to stir up trouble wherever they go. A century old mystery and a love of adventure take Joey and Finn deep into the haunted woods of Kitty Hawk, North Carolina where they uncover the fascinating secrets of Sam Parker. Once the boys begin to dig into the past, they will stop at nothing to uncover the truth about what really happened to Sam Parker and his family. The story is filled with local Outer Banks legends and attractions, and takes the reader on a journey through the charismatic Outer Banks.

The mystery series was born from multiple local legends that fascinated Krieg. From there, an idea to have kids dig into these old stories and see if they can solve the century old mysteries was born. The mom of four and blogger wove her experiences as she raises her family on the beautiful N.C. Coast into the book. Local OBX businesses mentioned in the book include; Arts Place, Ocean Blvd, Black Pelican Restaurant and Southern Shores Pizza.

Audra describes her first self-published book as, “This book is sure to captivate those that love a good mystery and even the reluctant reader by combining Outer Banks mysteries with the inadvertent trouble-making of friends to create stories that will keep you on the edge of your seat! The long friendship and comradery between best friend duo Joey and Finn is relatable and makes for a fun read with likeable characters. When the pair finds clues to the disappearance of a man from 1884, they'll stop at nothing to uncover the truth!”

Dive into the first release of the series, The Parker House, for purchase on Amazon, November 30th, 2020. More information on the series at OuterBanksMom.com

About Audra Krieg:
Audra Krieg and her husband Jason reside in Kitty Hawk, located on the Outer Banks of North Carolina, with their four children. Krieg is a partner in a photography company-12 Street Portraits as well as an influencer and blogger. Known as the “Outer Banks Mom”, Krieg, who has more than 25K social followers and has been featured in blogs as well as publications including; Parents Magazine, The Outer Banks Voice and OBX Today. Learn more about Audra at OuterBanksMom.com
View Audra's Media Kit Here